More than 50 years of experience in the development and manufacture of high quality crates for strong brands throughout Europe make us a sustainable and reliable producer of your bottle crates. It is particularly important to us that you fully concentrate on your actual product. That is why we invite you to use the entire spectrum for your success from a single source. 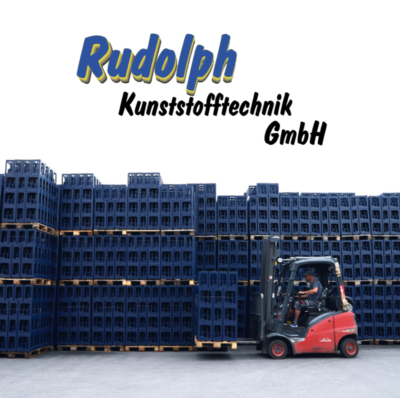 You have a first rough idea and idea?

We do not leave you alone in the rain and advise you
from the first development phase to the final implementation.
Together we will find the optimal solutions for your
the nature of your mould, the most effective method of production
and the most target-oriented printing.
Of course, we will be happy to take care of your bottle loading.
and the necessary logistics for your products.
Ecological aspects are fully taken into account.
recycling, as the subject of recycling is also an important
is a matter close to the heart.

1921 Foundation of Gustav Rudolph Metallwarenfabrik GmbH in Bernsbach Saxony. Focus of activity: Production of sheet metal goods of all kinds.

1952 Expropriation and associated flight of the company founder Paul Rudolph with son Lothar Rudolph to the West.

1968 Acquisition of the first injection moulding machine for the Roth site. Focus of activities: Production of household articles and toys made of plastic.

1969 Surprising death of company founder Paul Rudolph and takeover of the business from his son Lothar Rudolph.

1969 Acquisition of two further injection moulding machines and first production of bottle crates for the beverage industry as well as founding of Rudolph Kunststofftechnik GmbH.

1974 Expansion of the machine capacity and associated new construction of a production hall. Relocation of the injection moulding production site to Eckersmühlen.

1991 Development of our own in-house tool shop in Roth under the management of our son Jürgen Rudolph.

1995 Foundation of a development for tools for plastic beverage crates.

2012 Acquisition of the first In Mold Label plant and since then continuous expansion of the technology.

2017 Extension of the new production hall as well as the fixing of approx. 6,000 m² of storage space.

2020 Construction of a new production hall and outsourcing of tool and mould making from the former Roth production site to Eckersmühlen.

The current situation and humanitarian catastrophe in Ukraine occupies us and makes us deeply concerned. The suffering that the people there have to experience is inconceivable. As a family-run company with strong humanitarian values, it is natural for us to help the people in Ukraine. For this reason we support the relief action “Roth Hilft” initiated by Yevheniia Frömter, with the transport – from donations realized food and other needed goods – to the safe zone at the Polish-Ukrainian border Medyka/Shehyni. From there, the relief goods – through Caritas Ukraine – reach people in the interior of the country who need them the most right now.

New outfits for TSG Roth’s Rother junior players
Our long-time employee Marco Plewa and trainer of the U9 of TSG Roth could easily convince us to sponsor a complete set of jerseys for his team. We keep our fingers crossed for the new season and wish the youth team of TSG Roth much joy and success with their new jerseys.

Thank you for your interest

High profile visit to Rudolph Kunststofftechnik
In April 2019 the 1st mayor of the city of Roth Ralph Edelhäußer as well as other members of the city council of Roth and the city administration visited us to get an impression of what is behind the production of plastic beverage crates. On this occasion you got to know our company history better and could get an impression of the investments of the last years. At the end of the tour there were some exciting discussions and conversations. Rudolph Kunststofftechnik thanks you for the pleasant visit and looks forward to many more productive years in the beautiful district town of Roth.

Bottle crates for the beverage industry

We combine innovation with traditional values such as partnership and corporate social responsibility with a modern corporate philosophy in which employees, customers and suppliers pull together to achieve the best possible results.